To become an “Air Hostess” or a “Flight Attendant“ is like a dream come true for the young girls and boys. Flying is the dream of almost everyone. And if you have the option to choose your dream as your profession, then it’s awesome.

Welcome to the world of Aviation, offering you the most sought after a glamorous career that is well-paying, giving an opportunity to explore the world, visit new destinations, meet new people from different backgrounds, and gain exposure to different cultures.

Your life will change tremendously once you enter the world of Aviation Hospitality as every day will be a new day bringing with it new experiences and challenges.

Visan Institute’s Diploma in Aviation & Hotel Management gives wings to your career for an exciting lifestyle!

This one-year course prepares you for the much sought-after exciting career as Air Hostess, Cabin Crew, Airport & Ground Staff of various airlines in the Aviation Sector.

Air Hostess course demands a lot of soft skills, confidence, and a pleasing personality. Besides technical training, this one-year course teaches you small but very important details like how to walk, talk and carry yourself, apart from the domain skills of the job role. 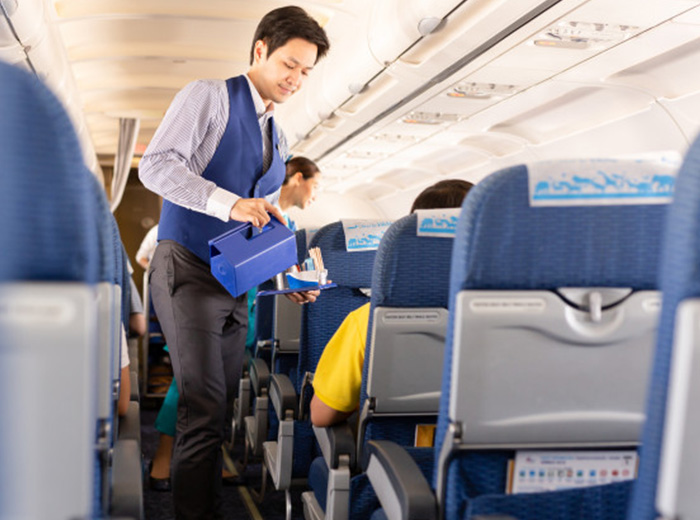 Aviation Hospitality professionals must be confident, organized, and friendly. They must also have passion, ambitions, and a strong drive.

The course offers the double advantage of training for not only Aviation but for Hotel Management and Tourism Industry as well, thus enhancing your personality with essential learning needs based on Cabin Crew Requirements, Grooming & Deportment, Effective English Communication, Attitude Formulation, to become a True Professional.

Career after Diploma in Aviation & HM

A rewarding career awaits you once you study this program with zeal and enthusiasm, as a full-fledged career in Aviation Hospitality commands high salaries, exciting experience of flying and interacting with different kinds of people on board and visiting several countries.

The most sought after job role is of Air Hostess / Flight Attendant with salaries starting from Rs.16,000/- per month for domestic airlines and up to Rs.75,000/- for international airlines, which go till a few lakh for senior staff.

After working for 8 to 10 years, Air Hostesses are promoted as Senior Flight Attendants and then Head Attendants. After reaching 40 years of age, they can move to the ground duties which include the job of a Check Hostess, training of air hostess, ground hostess or work at the management level.

After the completion of this course, you can get job opportunity in various Domestic Airlines like Air India, Vistara, SpiceJet, Indigo, GoAir, etc as well as Foreign Airlines like British Airways, Qantas Airlines, Cathay Pacific, Singapore Airlines, Delta Airlines, Lufthansa, Gulf Air and many more.

The general facilities provided to our students, including Accommodation, Medical, Sports, Recreation etc have been given in our ‘General Resources’ page.

Visan’s infrastructure including Classrooms, Training Restaurants, IT Lab, Training Kitchen & Labs, etc have been given in our ‘Learning Resources Center’ page.

All information pertaining to Eligibility, Documents, Application Form and Application Process has been given in our ‘Admissions’ page.

Complete information regarding Fee, Payment Schedule, Scholarships, Loans etc can be had by

You may also CLICK HERE to fill the query form, and we shall get back to you soon.